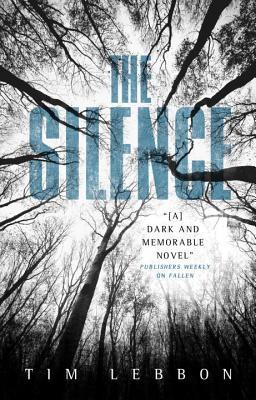 A live televised caving expedition in Moldova takes a disastrous turn when a team of potholers and scientists opens up a large and hereto sealed underground ecosystem, releasing from it a swarm of vicious bat-like creatures that promptly feast on their liberators. The now-unmanned cameras keep on rolling, beaming the harrowing footage to a few horror-struck Discovery Channel viewers across the world.

Two such witnesses to the carnage are Ally and her father, Huw, whose stories we then follow as the world rapidly goes to hell. Ally is an easy-going fourteen year old girl getting on with life with her mum and brother in a quiet town in south-east Wales, not letting a thing like her lack of hearing hold her back. Huw, on the other hand, is holed up in a bed and breakfast on the Cornish coast, working lonely weekdays away from home. Both can scarcely believe what they have seen, and yet both are rocked by the footage.

At first the creatures escaping from the cave aren’t deemed much of a threat. As Ally scours the internet and social media for context, she finds many commentators dismissing the footage in one way or another. Surely it’s a movie trailer, right? Right? Well, sucks to be them, then. Shouldn’t have gone down there in the first place. Why should I care? I mean, Moldova is pretty far away, isn’t it?

Then the news stories bring home the terrible truth as towns, cities and countries begin to fall. The creatures are astonishingly quick, immediately attracted to the slightest noise around them, their appetites voracious. They have no eyes, their flesh is a sickly yellow, and their teeth – oh, man, so many sharp pointy teeth. Worse still, in this new ecosystem teeming with unsuspecting walking meat, and with no predators to speak of, the creatures swarm like locusts and breed like wildfire.

Both Ally and Huw know deep down that the situation is serious, perhaps even the beginning of the end. But what can they do? Should the whole family up sticks and run? Even if they did, where would they run to? And could they outrun the coming swarm?

Maybe. Maybe not. All they know is that in order to survive they will need to be very, very quiet.

A couple of years ago I tore through Tim Lebbon’s fairly lengthy end-of-the-world novel Coldbrook and thought it was a riot. Picking up a copy of The Silence, however, I was struck by how similar the premise seemed. It was as if someone had replaced the flesh-hungry zombies of Coldbrook with flesh-hungry du Maurier-esque birds, then reset the apocalypse simulation and hit the play button. Even so, I had enjoyed Coldbrook more than enough to buy The Silence without a second thought, and, y’know what? I’m glad I set my cynicism to one side, because The Silence is excellent.

There is a lot to like here. The pacing of the book is spot-on. The vesps – little, hungry buggers that they are – overwhelm Europe at a frightening pace, and yet, at the same time, Lebbon manages to keep the horror away from Blighty’s shores for as long as possible, ratcheting up the tension brilliantly as Ally and her family struggle to cope in a land fast losing itself to panic. The writing is smooth as silk and, like Coldbrook before it, I tore through The Silence in only a few sittings, probably leaving scorch marks on the pages.

Not only is the pace expertly judged, but so are the reader’s expectations as the story develops. As bizarre as it sounds, I swear Lebbon is telepathically linked to the reader. There were a number of times I found a nagging thought developing along the lines of “surely if everything was going to hell, then such-and-such would have happened/run out/gone off by now” only for that very thing to happen within a couple of chapters.

There’s also a nice bit of symbolism threaded through The Silence, if you go in for that kind of thing – perhaps nothing too subtle if even I’d spotted it, but pleasing all the same. (I’ll keep shtum on that one, in case you’re tempted to have a read.)

But the biggest triumph of The Silence is Ally. She is one of the best-written characters I’ve read for a while, matched only perhaps in my recent reads by Jamie Morton in Stephen King’s Revival and the hapless hikers of Adam Nevill’s The Ritual. It’s quite cunning, really, in that it’s Ally’s normalness that defines her. Any prejudices taken into this book melt away within a few chapters. While we’re never left in any doubt that Ally cannot hear, it seldom seems to matter. She’s just getting on with it, signing with friends and family who know how, and lip-reading those who do not, no biggie, no dramas.

There were niggles and downsides to The Silence, but these were fairly minor. For example, Ally’s chapters within the book noticeably outshone those that focused on Huw. I don’t quite know why, but I never really connected with him. Perhaps it was his tendency to gush with love at the slightest sight, sound or whiff of whichever family member was nearest him. Then again, I am a bitter and cold-hearted sod, so bear that in mind.

I also felt there were small inconsistencies in what it would take to attract a nearby vesp. The slightest whisper could set one upon you, but in other scenes you could gather up a bag of odds and sods with the things peaceably perched almost on your shoulder. Nothing truly jarring, and perhaps easily overlooked.

One plus point, and a rare one for a Titan Books first edition, is that I found no typos in the book! Huzzah! It’s such a shame, then, to find they’ve gotten Ally’s name wrong on the cover. Hey ho, I guess you can’t have everything. (By the way, the copy-proofing offer still stands, guys.)

So, in summary, should you give The Silence a whirl? Absolutely. Read it as if you were watching a movie, and be sure to check your fingertips for burns as those pages fly by. It’s not quite a 5/5 from me, but, equally, it seems harsh giving it only 4/5. Heartily recommended.